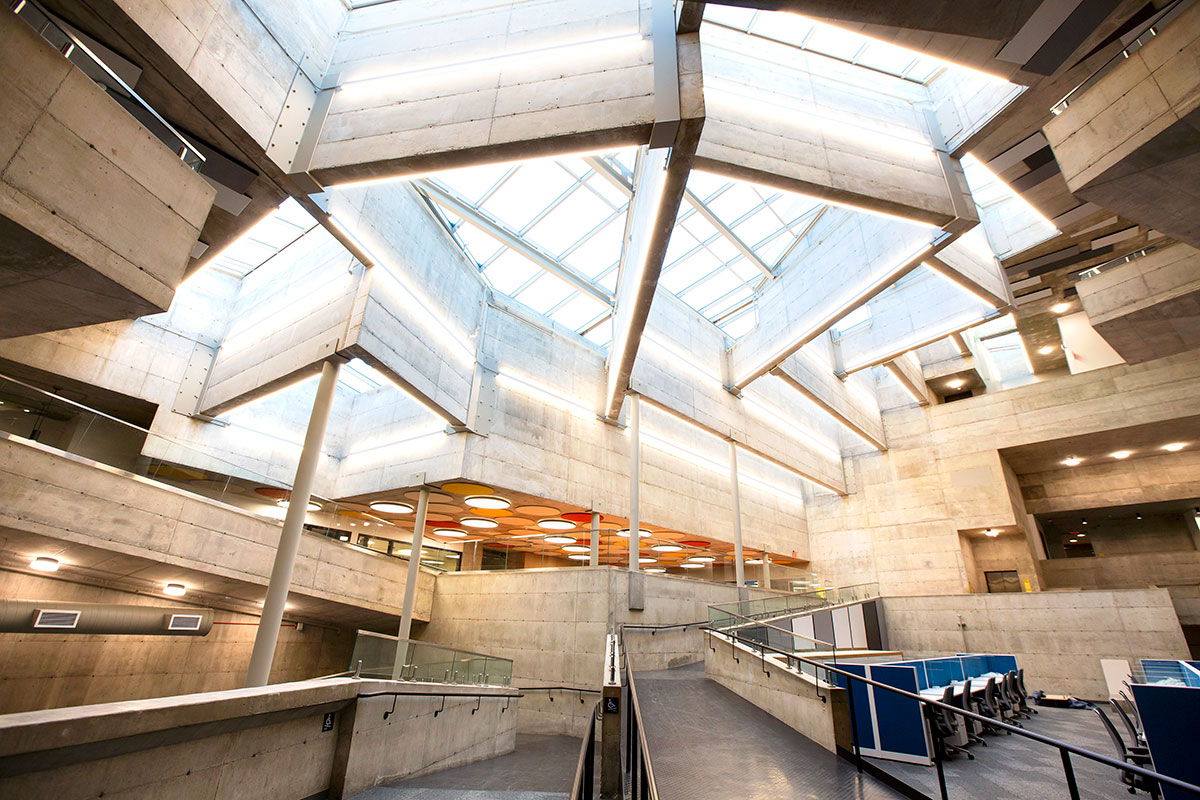 Preserved during the redesign was the dramatic skylit gallery space. Ramps in the five-tiered structure were re-sloped and a freight elevator was converted to make the building more accessible for people with disabilities. 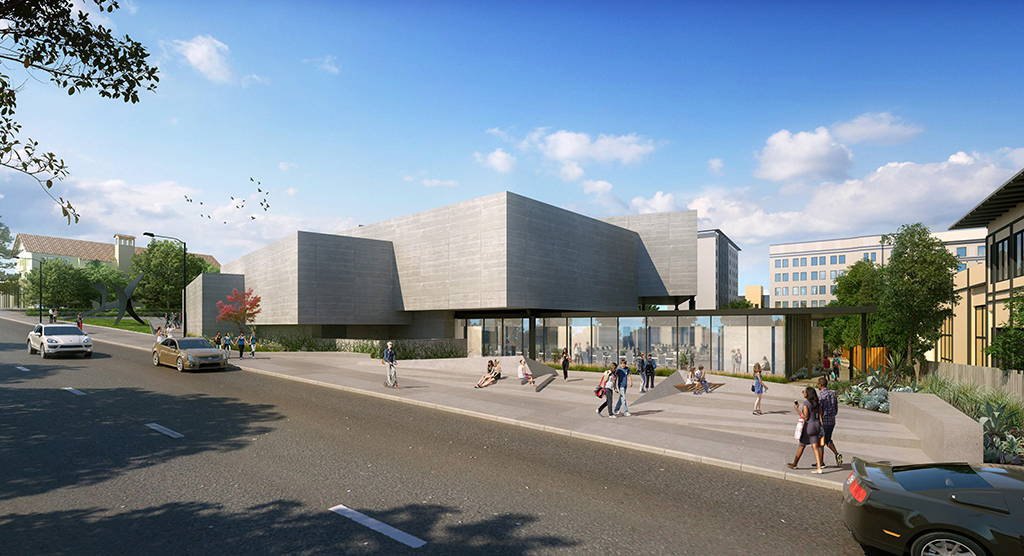 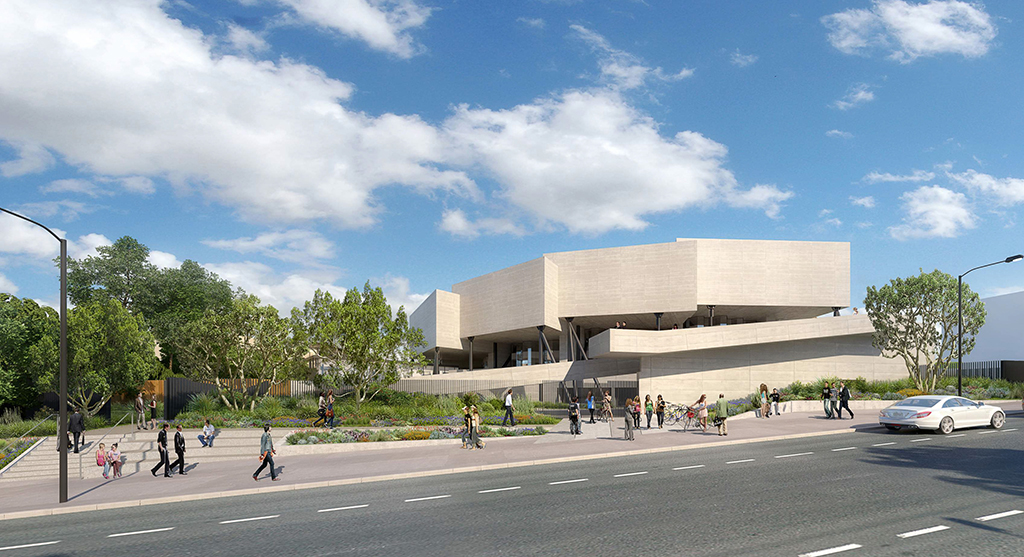 View from Durant Avenue.
Previous Next

After two years of construction, the Bakar BioEnginuity Hub is scheduled to open in February 2022. The world-class facility pairs the Bakar Labs incubator with fellowships and programming for Berkeley students and researchers, equipping current and aspiring entrepreneurs in the STEM world with labs, offices, equipment and shared community spaces that aim to encourage collaboration.

Located in Woo Hon Fai Hall — the former Berkeley Art Museum between Bancroft Way and Durant Avenue — the four-story building project is currently in the final stages of construction.

Originally designed by Mario Ciampi, the cast concrete structure at 2630 Bancroft Way was built in 1970 in the Brutalist architecture style, with wings that fan out from its center. It was home to the Berkeley Art Museum until 2014; it also housed the Pacific Film Archive (PFA) beginning in 1971 and the PFA’s library and film study center in 1972. In 2012, the building was declared a City of Berkeley landmark, and it was listed on the National Register of Historic Places in 2013.

The design of the building’s retrofit began in 2016. Construction began in late 2019 and continued, despite the COVID-19 pandemic. Occupancy of the building began in October, and a grand opening is scheduled for February 2022.

Drone footage taken inside the Bakar BioEnginuity Hub in early-December 2021. The building will house the next generation of entrepreneurs and startups in STEM. UC Berkeley video by Jenny Chu, edited by Alan Toth.